Card Combat is a non-digital 1vs1 card game made for the GMTK-Jam.

The theme of the game jam was: “Genre, without Mechanic “.

Card Combat is a Card Game without the typical mechanic of drawing random cards from a deck.

Therefore, it’s a short 1vs1 game with two identical base decks, which consists of 12 cards with 4 monster-, 3 upgrade- and 5 spell-cards.

Make sure to print your playing cards (choose either version A for full colored cards or B for a less print heavy version) and cut them along the red lines.

Sort them by their color: red for one player, blue for the other and yellow for the winning tokens.

As the sheets here on itch are getting pretty compressed, here's a zip with all DIN A4 pdfs in a higher resolution to print and play:
https://drive.google.com/file/d/1-wzqJL78XiTg8cBe2aMrpR-cdBVuqRAg/view?usp=shari...

Your goal is to defeat the monsters controlled by your enemy and collect the most tokens through every over-damage you deal after each round.

At the beginning of the game the players choose their colored card deck. Each player can see their whole deck and must discard 3 cards before beginning with the first round.

At each start of a round both players put a monster and two other cards facedown (the monster in the middle, spells or upgrades to its sides).

They reveal their monster at the same time and choose based on that reveal which of the other cards they want to play. Both will reveal their chosen cards simultaneously again. At first all spells will be casted and then the upgrades will boost the stats of the monsters.

With that in mind the monsters’ stats will be compared. The player with a higher stat will gain the amount of over-damage as tokens. After that the played (faceup) cards will be discarded and the other not played card will be moved back to the hand of its player and the next round begins.

This is looped until the players would have less than 3 cards to play (with 12 cards they can play 4 rounds). The gained tokens of each player are being compared and the player with the most tokens wins the match.

Note:
For a higher resolution print download the pdf files from here: https://drive.google.com/file/d/1-wzqJL78XiTg8cBe2aMrpR-cdBVuqRAg/view 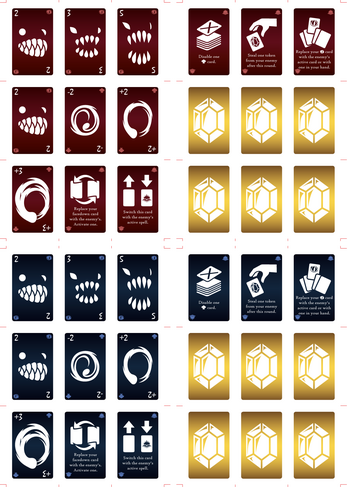 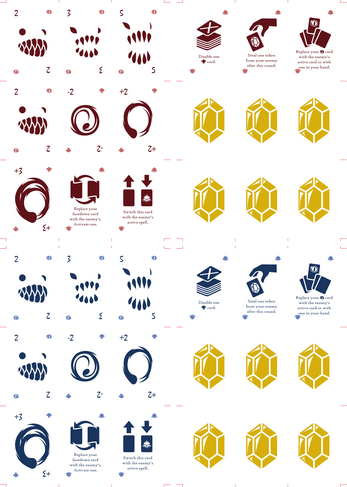 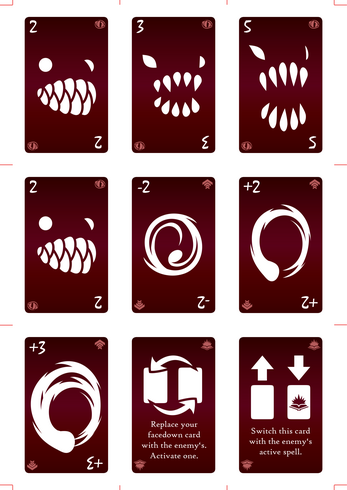 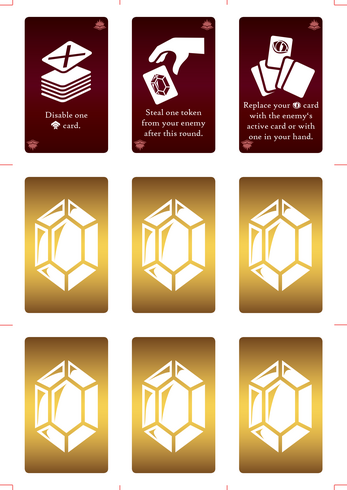 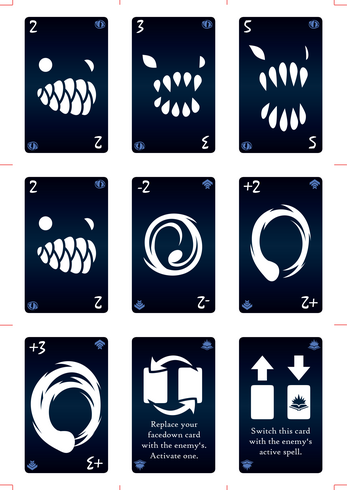 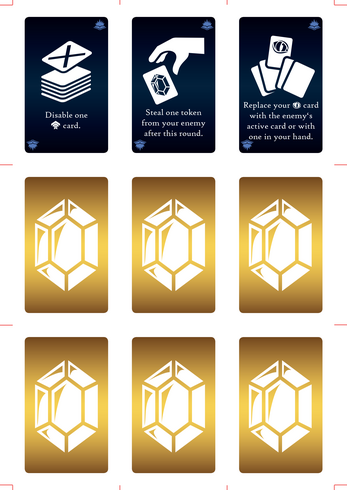 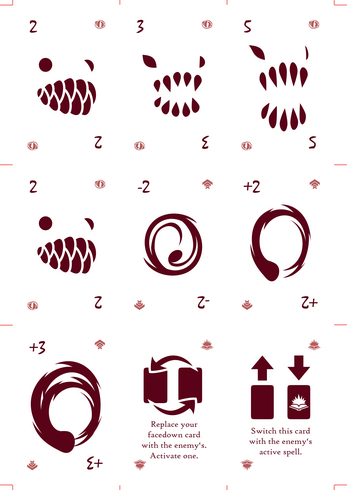 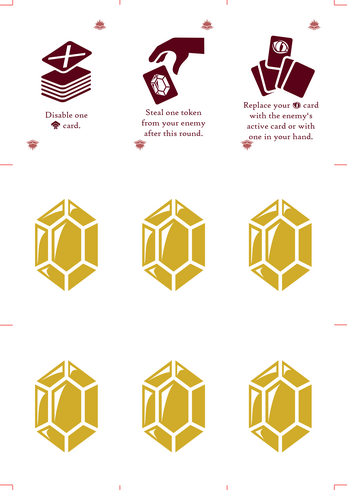 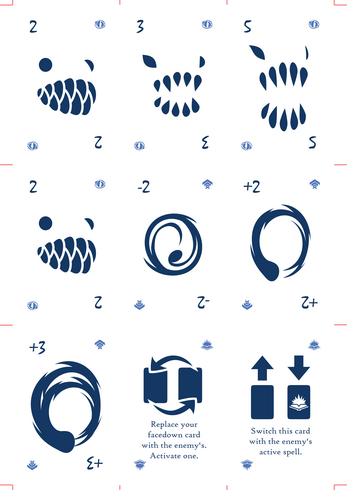 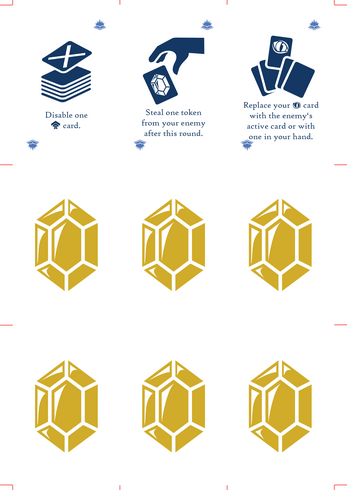